A silly bit of MickBeth fluff.

Mick could hear the doo-wop music coming from Beth’s apartment before he even reached her door. He held his fist up ready to knock when Beth’s voice rang out.

Mick grinned and lowered his hand to turn the knob and slip quietly inside. He stood watching Beth swing her hips at the kitchen sink as she washed dishes, singing into a large spoon covered in soap suds pretending it was a microphone.

Apparently Beth was a little rusty on some of the lyrics. Understandable, Mick thought, since it was a hit in early 1956 when Beth’s mother was still in diapers.

Why do they fall in love?
Why…

“OH!” Beth screamed as Mick suddenly put his arms around her. “Don’t sneak up on me like that! I almost hit you with this spoon!” She tried to sound mad but the twinkle in her eyes gave her away. Mick stole a quick kiss before she changed her mind about the spoon. Beth dried her hands and turned off her iPod.

“Sorry,” Mick said insincerely. “I was going to knock but your singing just swept me off my feet.”

“Oh, you…” Beth said as she tried to whip Mick with the damp dish towel. He darted out of reach with ease, still grinning as he moved into the living room and sat down.

“So, you think I’m fool then, falling in love with you?”

“Well, you know what they say. There’s no fool like an old fool.” Beth was laughing as she started to walk past Mick. She let out a squeal when he grabbed her and pulled her down onto the couch next to him.

“I refuse to answer that,” Beth said as she tried to keep Mick’s hands from tickling her.

“Good idea. Better to remain silent and thought a fool than to speak up and remove all doubt, eh?”

“Hey!” Beth said indignantly and Mick smothered her with kisses until she was gasping for air. They sat up and Beth tried to compose herself. “So why were you late? I was expecting you half an hour ago. Bad traffic?”

“No, traffic was fine. I had to go get my Benz from Josef’s mechanic first. It was giving me problems again,” he sighed. “Costly problems.”

“That’s been happening a lot lately.”

“Well, a fool and his money are soon parted,” Beth said with a straight face.

Mick cast her a sideways glance. “Going there again, are we?” Beth grinned and snuggled into Mick’s side as he wrapped his arm around her shoulders. “Because if you are, it should be pointed out that your little doo-wop number earlier also implies that you are a fool.”

Beth turned her head to look at him. “In love, maybe. But not, you know, generally.”

“Oh no? How does that saying go – ‘fools rush in where wise men fear to tread’?”

“I always thought it was ‘fools rush in where angels fear to tread’,” Beth said.

“Either way,” Mick went on, “I can think of several occasions where you needed rescuing after rushing in without thinking.”

“The same can be said about you,” she countered with a poke to his ribs. They both broke out laughing and Beth lowered her head back onto Mick’s chest.

“Okay,” Mick said. “I’m the wise one and you’re the angel and we’ve both acted a bit foolish now and again.”

Beth started to giggle. “Who’s the more foolish, the fool or the fool who follows him?”

Mick looked down at Beth with a puzzled look on his face. “Where is that one from?”

Beth laughed. “Star Wars. Obi-Wan Kenobi said it.” Mick roared with laughter and pushed Beth down on the couch, covering her body with his.

“Well then it’s a good thing we’re both fools in love,” he said just before his lips found Beth’s.

Awwwwwww!! I can just see them. Her singing and him sneaking in, then waxing about fools and teasing each other. I love it.

Link to my Stories
Top

MLC, this is so refreshing and sweet -- and funny.

I've really been needing a Moonlight smile lately. Thank you so much for this!

I was looking up quotes about fools for inspiration and decided it would be fun to try and use a bunch of them.

And, I wanted all of you to be humming "ooo-wahs" for the rest of the day.

Wonderful Mick-Beth banter, MLC! I could see this scene playing out in my head as I read it. Sooo cute.

And yes, I'll be humming that song all day now.

I love your stories, they're so full of love. 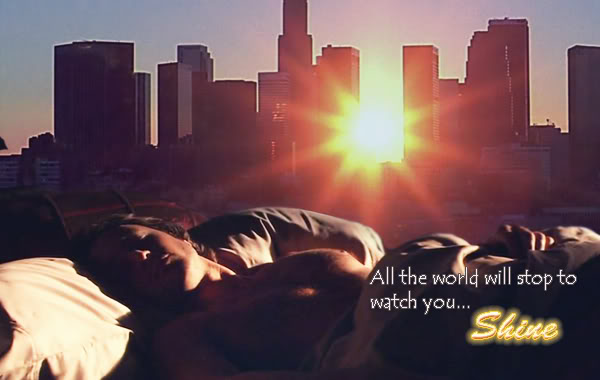 I love how you incorporated the "Fool" theme into your story, MLC!

This is adorable. I burst out laughing at Obi Wan. I'm a total Star Wars geek.

So glad this making you all smile!

Cassy, out of curiosity, did you recognize the quote before Beth said it was from Star Wars??

So glad this making you all smile!

Cassy, out of curiosity, did you recognize the quote before Beth said it was from Star Wars??

Oh, yes!!!! Star Wars was the first movie I ever saw more than once and ummmm. I've seen it a lot.

What a sweet little story, MLC!

LIVE WIDE
It ain't canon until they've shot it (and aired it) - I said that.
Trust the Muse. - Catmoon
The system isn't broken, it's fixed. - Billo
Top

Oh, I wouldn't say Mick has never seen Star Wars. He probably just didn't recognize the line as being from Star Wars.

Cassy, the original Star Wars was the first movie I ever saw multiple times in a theater too. I think I saw it 7 times in theaters when it first came out. That's still my record for a theater. We owned it on VHS and now on DVD, so I have no idea how many times I've seen it altogether.

I'm glad everyone has enjoyed this little bit of fluff. Thank you so much for reading and commenting!

This story always makes me smile

Thanks for the reread, Carol!

Such a lovely story, MLC!! You've put a biig smile on my face!!

Now, I need to go find that song Beth was singing... 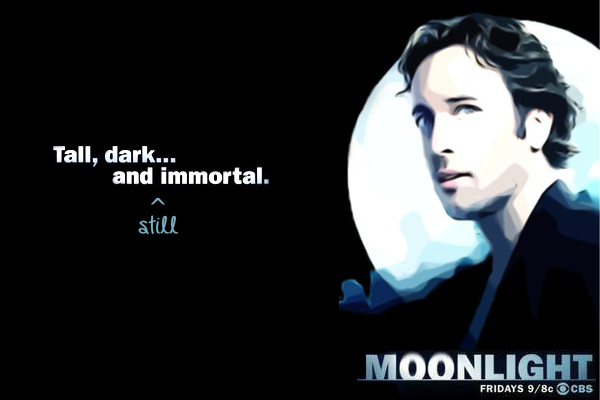